Recently, I received an invitation to an event to be held at Boston’s Museum of Science. It was billed as an “electrifying experience”, due to the presence of the world’s largest air-insulated Van de Graaff generator.

With a name like “Sparks After Dark”, it was only natural that I would repeatedly read the invitation out loud in an over-the-top and utterly ridiculous townie accent. As one does. While practicing that tomfoolery, I then realized that the second paragraph’s bizarrely long list reads like a Stefon sketch.

And so, I present you with this nonsense:

You can listen for this ad on Boston-area radio stations for the next week. You won’t actually hear it, but nothing can stop you from listening for it.

Earlier this week, I mailed out a card to a few dozen friends. But you, dear reader? You deserve a card too.

Why look, it’s a card for you! With a lovely matching stamp, affixed at a jaunty angle! 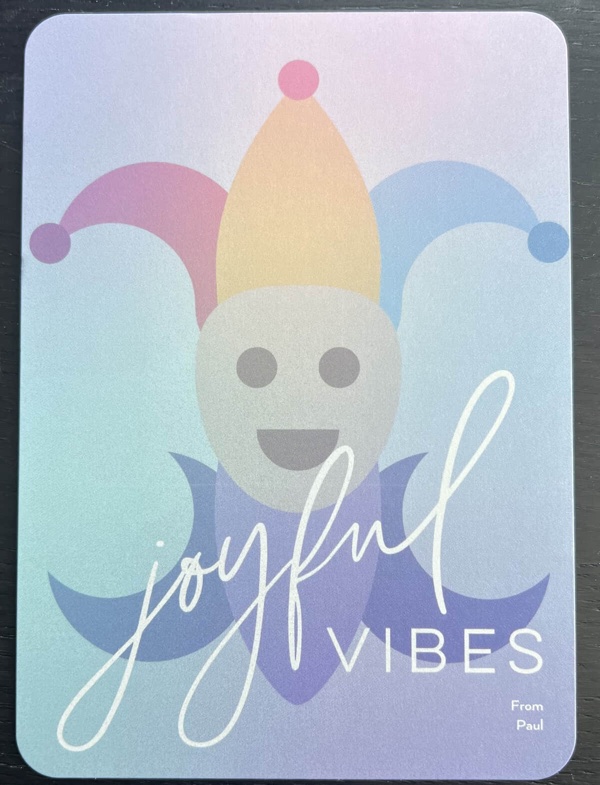 Well, that’s very nice. But wait, what the hell holiday are we celebrating?

There is a definitive answer to that question, and you can find it in the third image. When you come across it, you’ll know.

PBones
I recently came across the Onesie card. A delight!

In the ’80s and ’90s, teaching people to type was big business. Nintendo’s Mario was happy to instruct you, or you might go with the much more staid Typing Tutor. The biggest name in typing utilities, however, was Mavis Beacon, of “Mavis Beacon Teaches Typing”.

“I remember, at [computer trade show] Comdex in 1987, walking around and having some of the competitors from two of the original typing products come up to me and say: ‘What a coup! How did you get Mavis Beacon to endorse your product? We’ve been after her endorsement for years,’” Abrams told The New York Times. “And when they did that, I knew we had a hit.”

The catch is that despite pictures of an actual woman appearing on the box, Mavis Beacon wasn’t real.

toddmichaelryan
reply
I remember my Dad deciding to learn to touch type in his 50’s after decades of hunting-‘n’-pecking. It was just a string of curse words from a man who never cursed.

Just hour after hour until he finally developed the muscle memory.

You’d Think an Olympic Skier Would Be Prepared for Cold by Paul Kafasis
Monday February 21st, 2022 at 1:56 PM

This just sounds awful, so naturally I wanted to share it with you. Finishing 28th really makes this seem not at all worth it.

Previously in penis-related pain: More Stings to the Penis, Please

toddmichaelryan
reply
Hope it doesn't turn to Fournier's Gangrene. Also, I bet the guy who discovered this disease was like "No, I don’t have it. My friend does... His name is four... Knee… er…. Yes Fournier.

Many, many years ago, Bobby Bonilla was an All-Star baseball player. He played for many teams and earned some of the richest contracts of the time. Though Bonilla retired way back in 2001, the New York Mets have just paid him nearly $1.2 million, just as they do every July 1st. “Why?”, you ask. A ridiculous deferred contract, that’s why. Wikipedia provides a succinct summary:

After his subpar 1999 season, the Mets released Bonilla, but still owed him $5.9 million. Bonilla and his agent offered the Mets a deal: Bonilla would defer payment for a decade, and the Mets would pay him an annual paycheck of $1.19 million starting in 2011 and ending in 2035, adding up to a total payout of $29.8 million. Mets owner Fred Wilpon accepted the deal mostly because he was heavily invested with Ponzi scheme operator Bernie Madoff, and the 10 percent returns he thought he was getting on his investments with Madoff outweighed the eight percent interest the Mets would be paying on Bonilla’s initial $5.9 million.

I can’t imagine how former Mets owner Fred Wilpon got so rich, because he’s clearly an idiot. If you’re regularly getting 10% returns, you should 1) Be suspicious and 2) Not give away a guaranteed 8%, just to try and get more of that 10%!

Recently, friend-of-the-site Oliver Y. alerted me to a hot new sport sweeping the nation a modified version of an existing sport that’s locally popular in southeastern Georgia. That’s where a team called the Savannah Bananas play Banana Ball, a variant of baseball where fans can catch foul balls for outs, walks are now sprints, and there’s a strict two-hour time limit.

Check out this video, where Bananas owner Jesse Cole runs down the rule changes. I never need to see another mound visit for the rest of my life, so bringing at least a couple of these revisions to Major League Baseball would be just fine by me.

Banana Ball is unlikely to replace baseball any time soon, but I’d love to take in at least one game. While I won’t be able to catch their 2021 one city world tour, tickets are still available if you’re going to be in Mobile, Alabama on March 27.

toddmichaelryan
reply
Yes. I want tickets. As soon as there isn't a pandemic.